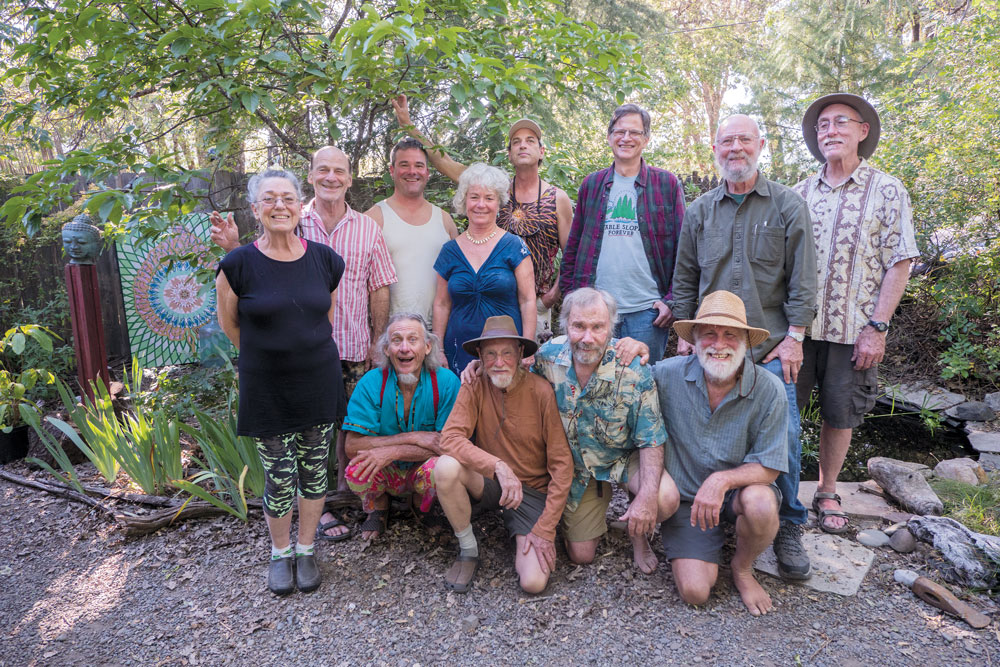 Excerpt from: “The Alerce Odyssey, A Journey to the Hidden Rainforests of Chile,” Earth Island Journal, Fall 1989

I looked out over the small city where the transcontinental Panamerican Highway ends and the frontier begins, contemplating the deep, black mountains with the sea at their ankles— just lovely and mysterious enough to be home to perhaps the oldest trees in the hemisphere…

Soon 44 people from six countries began arriving to begin a unique trek into a region where no human is known to have stepped. Twenty of us came from the US, 19 from Chile and the rest from Spain, Germany, Austria and Canada. There were foresters, cooks, paramedics, musicians, botanists, stream ecologists, biologists, a film and video crew, photographers and horticulturists.

Our last member joined us on the evening of our departure. Ivan* came up to our cafe table and simply asked if he could come with us. He represented the new Chile— hopeful, adventurous and proud…

* This introduction is how Ivan Klocker eventually met his future wife, Aiyana Gregori. They raised their daughter Wayra together in Southern Humboldt, California (with frequent visits back to Chile) until Ivan died in October, 2020.

I wasn’t prepared for the number that set out that bright February morning: 44 trekkers with bulging packs and 500 pounds of food. The thought nagged at me: What right did we have to intrude on a million years of solitude? But then on the second day of the trip, standing alone on the trail, I heard the world fall silent and I seemed to hear a cry rising from the far-off forest: “Halloooooo out there…” It was the distant voice of Jared Rossman, calling out to the forest. As the birds resumed their chirping, I realized it hadn’t been an unpleasant sound; it came from a creature with a heart full of grace. I stopped second-guessing our mission and started having fun.

AFI was inspired by South America’s majestic Alerce, the “redwoods of the Southern Hemisphere” and their rich temperate rainforest ecosystem. Rick Klein first learned of the Alerce in 1970, and his goal of experiencing them, coupled with anti-war pragmatism in steering clear of the Vietnam War, led Rick to become a park ranger in Chile in 1971. At that time, he didn’t find the giant Alerce trees that he had read about, but Rick and his pal Douglas Fir succeeded in hunting down and photographing Alerce in 1988.

Around that time Rick also led—and nearly killed—a different Doug into a different Alerce forest called Pumalín. According to Rick, when he took Doug Tompkins to see his first Alerce, the famed adventurer and philanthropist could have met his demise scaling down a giant granite wall, or from dehydration when an indispensable water supply along the trek turned out to be dried up. When they made it out alive, Rick recalls Doug Tompkins turning to him and saying, “That was fun, how much is it?” Rick replied, “$25 an acre”, and Doug went out and purchased his first large chunk
of Pumalín.

Rick and AFI would continue to cheerlead and support Doug’s massive acquisition of wildlands for conservation in Chile. This was the start of a truly remarkable conservation achievement that just occurred. On April 25, 2019, Chilean president Michelle Bachelet and Kris Tompkins (who started Tompkins Conservation with her husband Doug Tompkins) finalized an agreement that completes the world’s largest transfer of land from private to public hands, and expands Chile’s national parkland by 10 million acres. The Tompkins Conservation donated slightly more than one million acres—largely consisting of Pumalín—and the Chilean government, for its part, contributed nearly 9 million acres of federally owned land. (To learn more: sc.org/Kris-tompkins)