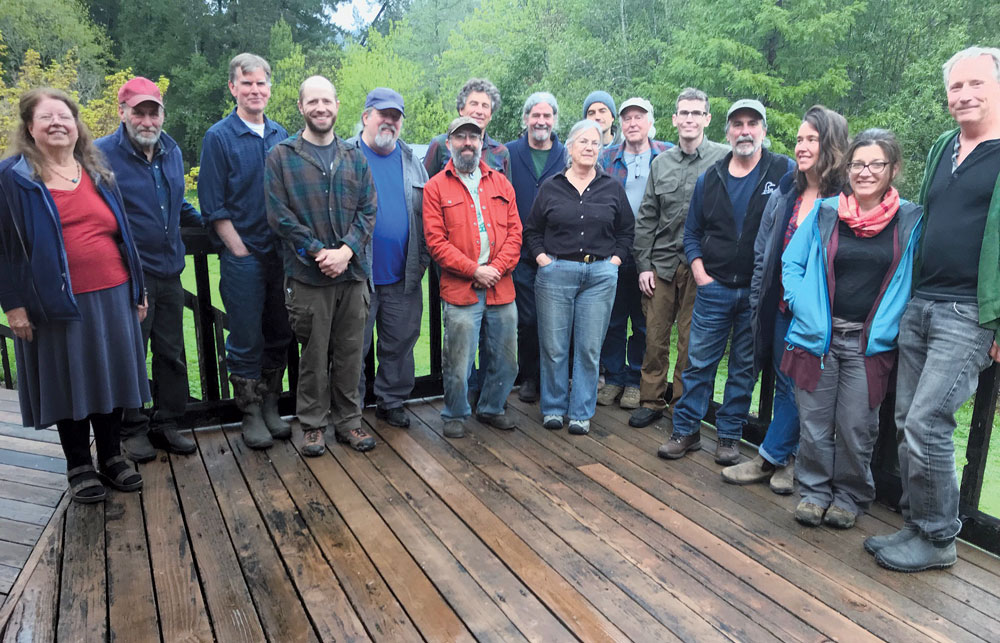 From Trees Foundation’s Branching Out, Spring 2000

The Mattole Salmon Group is marking its 20th anniversary of working to rescue salmon runs in the Mattole River. Salmon Group crews undertook their first efforts to trap adult Chinook salmon for their hatchbox and rearing program in l980. In the intervening decades, they have augmented their original initiative with a wide variety of projects and techniques directed toward improving freshwater habitat that salmon and steelhead need to survive. While salmon have not yet recovered their former abundance, both Chinook and coho are hanging on in the Mattole, the last remaining runs of natives of either species to the south between here and the Sacramento.

The Salmon Group is currently training landowners around the extensive new Gilham Butte forest reserve in the skills necessary to make long-term stream assessments and restoration prescriptions. Similar future work is planned in other Mattole sub-basins. These will be accomplished cooperatively with Mattole Restoration Council’s upslope erosion evaluations and prescriptions.

With widespread resident involvement, the Mattole Salmon Group is entering its fifth decade of work to support the recovery and sustainability of the salmon and steelhead fishery in the Mattole River. Since 1980, the Salmon Group has been monitoring salmonid populations throughout the watershed and implementing projects to remove barriers to fish passage, improve stream habitat, and take other actions as needed to support fish populations. While no longer performing a hatchbox and rearing program, the Salmon Group is considering a project to supplement the coho salmon population by relocating adult fish with compatible genetics from nearby watersheds to spawn in the Mattole watershed. This would provide additional numbers of fish and much needed genetic diversity, considering the low numbers of coho in the Mattole River. An experimental plan for this project is currently under way.

Much of the Salmon Group’s efforts in recent years has focused on the estuary where historic slough channels have been restored, riverbanks have been stabilized with wood and willow structures, and riparian planting has provided much-needed shade. The other focus has been on improving habitat in spawning and rearing areas in the headwaters sites with the installation of rock and log weirs and large wood structures. The wood deficit in nearly all tributaries in the watershed is a significant issue affecting habitat health. Projects in the past two years have included placement of hundreds of trees in key tributaries. Planning and design efforts are underway to continue this over the next several years. The Salmon Group continues to conduct much of this work in collaboration with its long-time partners Sanctuary Forest, Inc., and the Mattole Restoration Council.