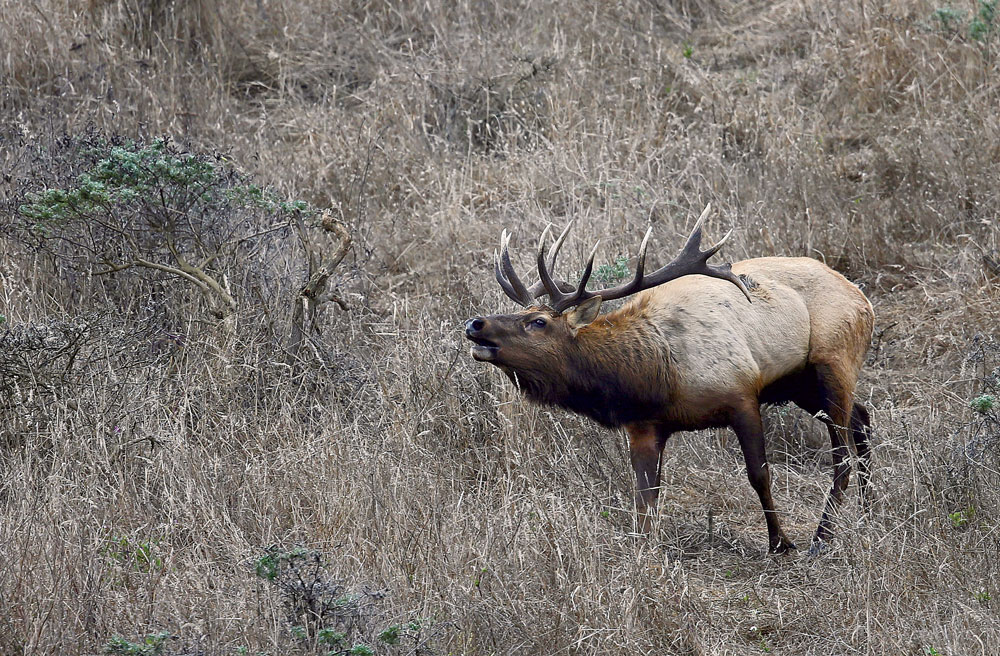 The California Department of Fish and Wildlife recently announced that Treponeme-associated hoof disease (TAHD), a bacterial-associated syndrome causing severe lameness in elk, has been discovered in elk in Del Norte County. TAHD is already present in elk in Washington, Oregon, and Idaho. The current disease appears traceable to earlier outbreaks in herds in Southwest Washington in the mid-’90s. From their experience, we understand that this disease is likely to cause significant disruptions to California’s elk.

There is no cure or effective treatment for wild populations. Lameness caused by TAHD has been found to impact up to 90% of elk in infected herds in Washington and is the likely cause of a population decline of 35%. The only hope is to minimize disease transfer and to mitigate impacts where present. EPIC will push the California Fish and Game Commission (a separate entity from the Department charged with issuing rules related to hunting) to promulgate new regulations to prevent disease spread. Oregon and Washington have put forward some regulations to limit disease spread, but these have obviously been insufficient, as the disease has quickly spread from Washington south.

Spread of the disease is not well understood. Infected elk are thought to carry the disease into new areas, where it survives in moist soil until it can find a new host to infect. However, the distances crossed—including far distances and between disconnected elk populations—suggests that livestock movement and hunters may spread the bacteria as well. The disease is not thought to be transferable to humans, although the same bacteria—from the genus treponema—are known to affect other hooved wildlife, in what is known as “digital dermatitis.”

The discovery of the disease also calls into question planned expansion of elk hunting in the North Coast. The California Department of Fish and Wildlife appears to have first discovered the disease in California in early April. On April 16, however, the Commission increased the number of elk tags issued to hunters (approx. two weeks after the disease was discovered). However, it appears that the Commission was not aware of the disease at that time because the Department apparently did not make this significant new information known to the Commission members. EPIC is currently investigating who knew what and when, as this information is important to understand whether the Department is faithfully protecting wildlife or withholding critical information in order to better support an increase in elk hunting.

Despite a clear indication that the disease was spread south from infected herds in Washington and Northern Oregon, the emergence of the disease in California appears to have caught wildlife managers off guard. There is no discussion of the disease in the recently adopted California Elk Management Plan nor is there any other existing plan for response to the disease.

Like the coronavirus, we fear that failure by the government to take this threat seriously and to plan for how to stop its spread means a larger outbreak of the disease and more unnecessary deaths and injuries to elk.

Time is of the essence to ensure a prompt response to the disease. Among the Commission’s charges is to consider whether the increased hunting, together with likely population declines from TAHD, will cause a significant impact to local elk herds. In the coming months, EPIC, together with our allies at the Friends of Del Norte and Supporters for Del Norte Roosevelt Elk, will petition for new measures to combat the spread and effect of the disease. Be sure to visit wildcalifornia.org and sign up for our emails to stay up to date with the progress of this and other important issues.