The Disquiet Report: Missives and Musings from Chad Swimmer

Public Records Requests and the Maintenance of Democracy 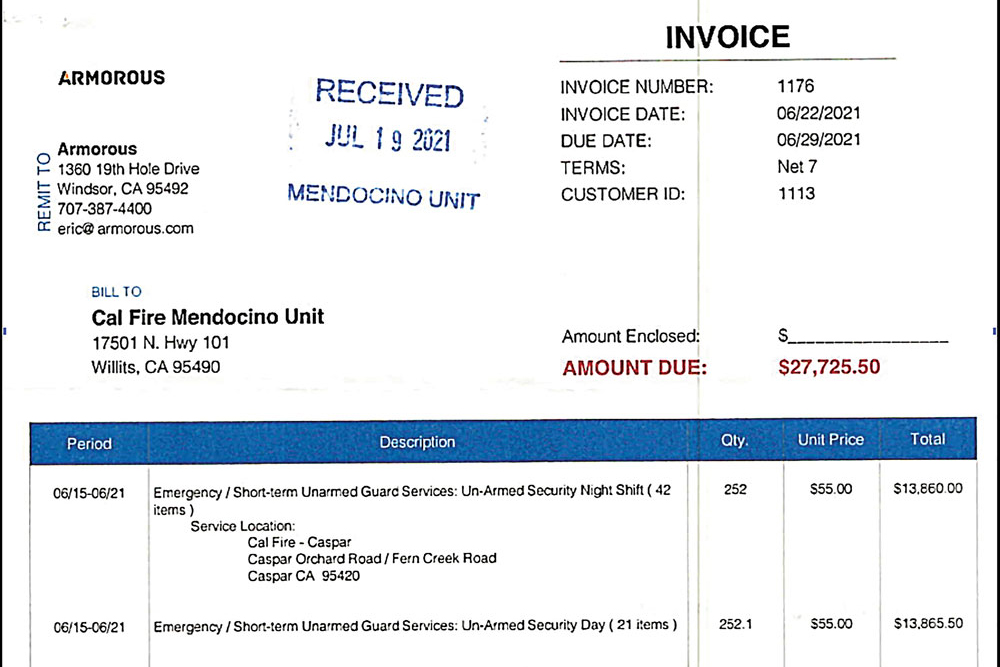 Implicit in a democratic process is the notion that government should be accountable for its actions. In order to verify accountability, individuals must have access to government files. Such access permits checks against the arbitrary exercise of official power and secrecy in the political process.

In 1968, the California Public Records Act (CPRA) was passed by the legislature and signed by then-governor Ronald Reagan. Since then, the CPRA has been a powerful scaffold to the 1967 Federal Freedom of Information Act and is seen as crucial to the maintenance of democracy.

The California Department of Forestry and Fire Protection, known since 2007 as CAL FIRE, has long tried to shield its forestry operations from public scrutiny. Notices for timber harvest plans on public lands are placed in nearly unnoticeable corners of local newspapers. Until recently, meetings open to the public took place with few announcements and even fewer citizens in attendance. Notably, a year and a half ago, ex-Deputy Director of Resources Helge Eng declared to the Board of Forestry that, with the destructive wildfires of the preceding years, CAL FIRE had complete social license, that they no longer had to argue about forest management practices with the public. (Reported by Richard Gienger, Forest & River News, Fall 2020.) All California state forest management in 2022, regardless of its original intent, is now framed as fuels management or wildfire risk mitigation to fend off criticism.

What Eng didn’t realize was that a movement was brewing in response to the planned Caspar 500 THP, a movement to question the legitimacy of the last thirty years of the management of Jackson Demonstration State Forest (JDSF). The activist and concerned public of Mendocino County raised the alarm about large redwood trees marked for cut in people’s backyards. An outcry arose over Brown Act violations, an inadequate management plan operating under an outdated Environmental Impact Report, and CAL FIRE’s blatant disregard of the very popular Mendocino County Measure V, which had banned the controversial process of leaving herbicide-killed trees standing for more than 90 days. A broad coalition turned Eng’s statement to the Board of Forestry on its head, demonstrating that, in fact, timber harvest on ostensibly public, unceded tribal lands had no social license at all.

Starting in April of 2021, direct activists put up a tree sit, blockaded gates and roads, and put their bodies in the way of the active harvest, saving hundreds of large trees and thousands of smaller ones. Within days, logging operations in the Caspar 500 timber harvest plan (THP) were put on hold. However, private security guards from Armorous Security (a Santa Rosa-based firm) appeared on the scene, posted 24 hours a day, collecting license plate numbers and photographing the faces of peaceful activists, all while guarding a quiet, locked road with no chainsaws in sight. To all intents and purposes, this appeared to be a case of private security being employed by a public agency to protect public land from the general public.

To get to the bottom of this, I filed a CPRA request for all related documents and invoices. Agencies are supposed to respond within ten business days of the official request but can obtain an extension, which CAL FIRE received. Nearly a month later, with the extension running out, I sent an email stating that I was considering litigation if the records weren’t released promptly. Two days later a substantial number of documents were sent, though not nearly all that we were looking for.

What was made clear from the disclosure was that Mike Powers, the Forest Manager at the time, had requested and been approved for over $900,000 to contract private security, in order to allow the approximately $2,000,000 Caspar 500 timber sale to be logged. How much of this money was actually spent isn’t clear, as the receipts and invoices didn’t cover the whole 75-day time period that Armorous was deployed, but it appears to have been over $700,000. This astronomical sum needs to be understood in light of the fact that JDSF’s annual operating budget is $4,000,000.

A few months later, after activists showed up to stop the Soda Gulch THP in Eastern JDSF, another private security firm made its presence known. Lear Assets Management, the personal project of right-wing mercenary Paul Trouette, presented a whole different story than the laid-back guards of Armorous. Lear’s agents, reported to be employed by the Mendocino Redwood Company, presented themselves as ‘safety officers’ to get around CAL FIRE’s internal prohibition on timber operators or mills hiring their own security on this public land. Their behavior was dangerous and provocative, endangering the lives of many activists. Later, in the disputed Red Tail THP, Trouette was videoed coaching loggers to engage in citizens’ arrests.

I filed another CPRA request which was fulfilled within a week. CAL FIRE released a grand total of one email from their legal counsel Bruce Crane to Conrad Forest Products, Two Brothers Logging, and H & M Logging. This legal opinion was a form of cease and desist letter, which made it clear that Lear’s actions were actually false arrest, and possibly false imprisonment. However, an undisclosed number of other documents were declared exempt from release. These, we surmise, constituted internal communications within the agency and externally with the mills and licensed timber operators that hired Lear. We unfortunately have no recourse for the release of these documents.

Over the last year, my colleagues at the Environmental Protection Information Center (EPIC) in Arcata have also filed a number of CPRA requests. There is so little information publicly available about the management of JDSF that EPIC needed to use the CPRA to request basic information concerning the extent of herbicide use in the forest, whether activists were having files on them compiled, and documents concerning the legal review of the current management plan. Each time, CAL FIRE took months to respond. One request, submitted over 10 months ago, to date has only been partially responded to.

Whether the CPRA requests have forced a change in the agency’s actions, we cannot be sure. It is clear, however, that soon after my first request, Armorous Security unexpectedly departed, leaving bags of trash for the ravens to strew about and a port-a-potty that has been widely appreciated. Lear has backed off as well, though it is unclear what will happen if CAL FIRE attempts to resume logging in JDSF—on hold due to the combined efforts of all the members of the Coalition to Save Jackson, including but not limited to the Coyote Valley Band of Pomo, the Mendocino Trail Stewards, Mama Tree Mendo, EPIC, the Mendocino County Youth for Climate, and Redwood Nation Earth First!. In the meantime, this act of California law has allowed for a modicum of transparency—a bit more insight into the operations of an agency many of us see as the bully in the schoolyard.

Chad Swimmer is an activist, educator, naturalist, musician, and gardener who has lived on the unceded land known as the Mendocino Coast since 1986. He co-founded the Mendocino Trail Stewards, the Coalition to Save Jackson, APAN-Mendo Needle Exchange, Touchstone Soup Kitchen, and is now the Chief Organizer of Disquiet Media, with three monthly radio shows originating from KZYX, Listener-Powered Community Radio for Mendocino County and Beyond. All of his radio shows can be accessed at www.disquietmedia.blue