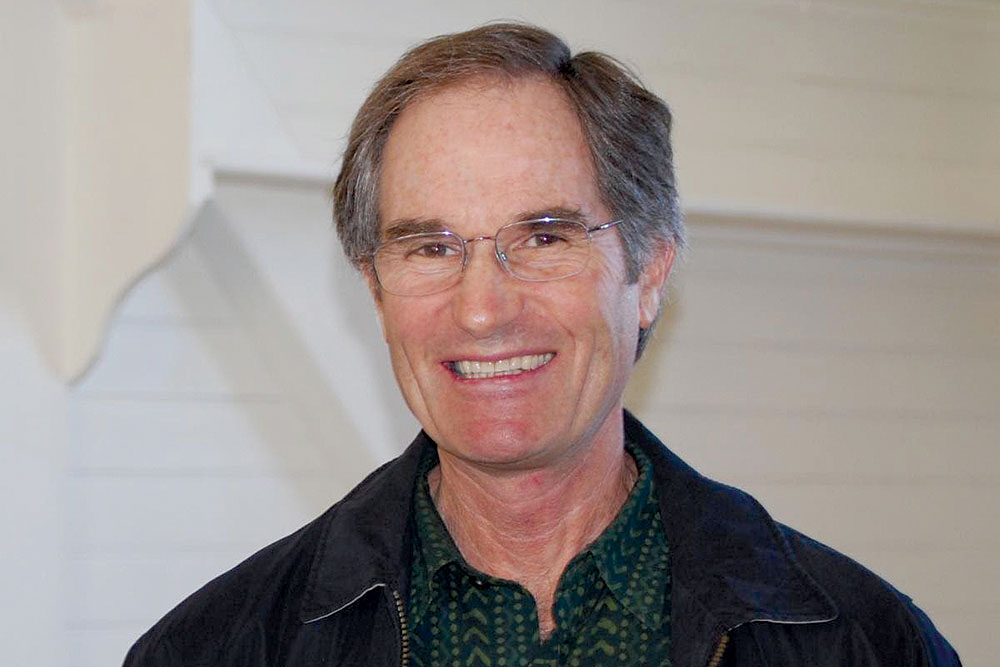 It was with great surprise and sadness that people of the Mendocino Coast learned of William (Bill) Edward Lemos’ departure from this world on June 2, 2022. Just a couple of months before, he was visibly hale, walking six miles of forest paths with no signs of fatigue or illness; but, on a cellular level, he had been fighting a long battle. In the end, Bill passed away with grace, surrounded by family and the forest that had stewarded his life’s journey.

Bill was born in 1949, a fourth-generation Mendocino County resident, descended from immigrants from the Azores. A loving son, brother, uncle, husband, father, and grandfather—a true family man—he was equally a tireless beacon of his community. His courage, creativity, presence, and gift for humorous storytelling made all our lives more meaningful.

As a teacher at Mendocino High School from 1973 to 2008, Bill introduced the Wild Classrooms program, preparing and leading many students into the wilderness for seven- to fourteen-day backpacking trips. In 1999 Bill and his long-time friend and colleague Robert Jamgochian received a grant from the State of California to start the advanced placement and eco-literacy course, School of Natural Resource (SONAR), at Mendocino High School.

Bill joined the Mendocino Trail Stewards after his 11-year-old grandchild, Ravel Gauthier, became a climate activist, focusing on the movement to save Jackson State Forest. He joined the Stewards’ board and was its Co-Chair until one month before his passing, but this was not his first effort to preserve the natural heritage of his beloved Mendocino County.

In the words of Robert Jamgochian, “He was a true Eco-Warrior.” He was involved in the Headlands Consortium, Mendocino Abalone Watch, and California Reef Check. In 2002, he was a founding member of the Mendocino Land Trust’s Big River committee, which sought to provide stewardship for Big River, one of California’s longest undeveloped river estuaries. Ultimately, through his activism and fundraising, 12 square miles of private timberlands became the Mendocino Headlands State Park Big River Unit, which includes the famed Fritz Wonder Plot, one of the three places where Sequoia sempervirens were demonstrated to be the most effective carbon-sequestering organism on Earth. In 2009, the Natural Resources Defense Council contracted with Bill to help create a unified community proposal for marine conservation areas in Northern California by serving on the North Coast Regional Stakeholders group for the Marine Life Protection Act.

An avid outdoorsman and capable craftsman, Bill was a true renaissance person: a commercial and sport fisher, carpenter, plumber, electrician, author, poet, musician. He was a master consensus-builder, someone who could get things done by convincing you that the way forward that he envisioned was the way you wanted to go. On a deeper level, he lived all his days in awe of his good fortune and magical life.

All of us who knew Bill were enriched by his friendship, easy smile, gentle ways, and kindness. To hear Bill’s voice, go to www.mendocinotrailstewards.org/media-links and click on “Trail Stewards Radio Hour: A Celebration of the Life of Bill Lemos.”