The Disquiet Report: Missives and Musings from Chad Swimmer 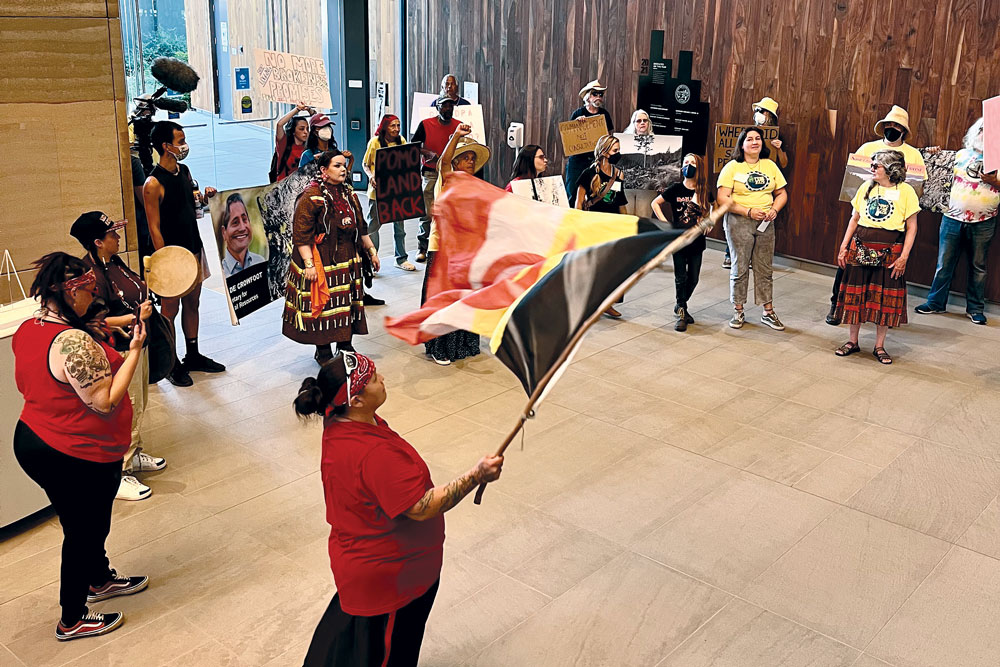 “California Native peoples have not forgotten the true history of the State of California, and we hope that our reexamination of the historical record is the first of many steps towards restoring the balance between California Indigenous people and the State.”

“For in addition to healing the soil, we must also heal our history.”

On June 18, 2019, Governor Gavin Newsom issued Executive Order N-15-19, which apologized for the historical “violence, exploitation, dispossession and the attempted destruction of tribal communities” and established a Truth and Healing Council. (https://www.gov.ca.gov/wp-content/uploads/2019/06/6.18.19-Executive-Order.pdf) Just over a year later, Newsom signed “A Statement of Administration Policy on Ancestral Lands,” reiterating that Native Americans occupied California long before statehood and were coerced through violence and deceit to flee from their homelands. The Policy’s stated purpose is to “partner with California tribes [for] co-management of State-owned or controlled natural lands  and to work cooperatively with California tribes that are interested in acquiring natural lands in excess of State needs….” (https://www.gov.ca.gov/wp-content/uploads/2020/09/9.25.20-Native-Ancestral-Lands-Policy.pdf).

This was a noble and overdue statement indeed, but fatally flawed: “in excess of state needs….” How, we may ask, is this so different than 1860? The reservations that Native Americans were forced onto were always considered carefully to be places not needed by the state or likely to be coveted by settlers. However, what was desirable can and invariably did change—many times over the years. Of the hundreds of treaties negotiated in less than a century1, not a single one was an honest effort. Many were never taken to Sacramento or Washington, never seen by legislators, never ratified, certainly never read by the resource managers who stepped in afterwards to pillage the land.

When the Mendocino Trail Stewards was founded in March 2020, we didn’t ponder the deeper implications of the word “steward.” We didn’t consider how language shapes thought shapes behavior, or how the English language had evolved hand-in-hand with a Judeo-Christian philosophy which held that the Earth and everything on it, from women to rocks to ribs to redwoods, was there to serve men.

In a corporate state, with industry-captured agencies harboring no hint of doubt that each and every resource is theirs to manage, tribal co-management faces the deepest of challenges. CAL FIRE, the ostensible steward of all our state forests and overseer of the Forest Practice Rules, is steered by a cadre of Registered Professional Foresters trained in schools funded by industry. Kevin Conway, Mike Powers, Julia Rhoads, Jason Serna, Erik Wahl, Tori Norville, Lynn Webb, Thom Porter, Pam Linstead, Matthew Reischman, Helge Eng, Robert Horvat… the list goes on. Each of these CAL FIRE officials is on the record that their job is to “manage every square foot of Jackson.” Their thinking exhibits a cult-like uniformity. Their compulsion to actively manage—read “log”—forests is on the level of an obsession.

Meanwhile, Indigenous peoples across the world, in different ways to different degrees, did not traditionally “steward resources.” Their form of management much more resembled a partnership. Their coexistence with a vast and diverse world is encapsulated in the Lakota saying Mitakuye Oyasin (All My Relations). When a tree is your grandmother, you don’t cut it down. When a salamander is your friend, you don’t stumble blindly through the ferns and worts with a chainsaw. When you must kill for food or warmth, you acknowledge the spirit’s journey to another place. Resource managers, on the other hand, are intrinsically bound by doctrine to a bottom line and to a diminished vision of forest health—obligated to consider the profits of faraway shareholders above the welfare of ancient trees or those poor creatures in the bulldozers’ path.

How can these two world views coexist? What are we to make of this latest promise of tribal co-management? Government-to-government consultations between the Coyote Valley Band of Pomo and the State of California were initiated in early 2021 and continued laboriously for 18 months with some promise. At a public meeting on August 19, 2022, Jessica Morse, California’s Deputy Secretary for Forest and Wildland Resilience, unveiled the state’s new vision for forest management. Standing by the banks of the nearly dry Noyo River, she stated that “…all of your activism and engagement is not going unheard…. We have been engaging at the highest levels of the state to really think through how do we balance the community needs, the tribal needs….” (https://www.dropbox.com/s/hf0ou4642npuyee/Jessica%20Morse.mp3?dl=0) The Vision Statement itself sums it up: “Communication and public engagement will remain a top priority… This includes important Tribal partnerships….” (https://srp-prod-public-pdfs.s3-us-west2.amazonaws.com/gVMa0r4gjPTdidllYaNI11X0Ugc.pdf)

Yet three days later the state’s prevarication became obvious: CAL FIRE unilaterally announced that logging was to restart on four disputed timber harvest plans: Chamberlain Confluence, Soda Gulch, Red Tail, and Parlin 17—all of which have sacred sites in danger of being desecrated by the industrial-scale operations. They didn’t notify the Jackson Advisory Group. They stated that they tried to reach Coyote Valley Band of Pomo Tribal Chairman Michael Hunter, but “couldn’t get a hold of him.” As I write, trees are being cut and trucked off, herbicide is being sprayed, silt is poised to run off into salmon pools, sacred sites are again being excavated to make way for logging roads. Whose grand vision was Morse actually referring to?

At issue is honesty and competing views of the universe. When your mindset compels you to mine, frack, log, dam, even to split atoms, you cannot be honest—with your negotiating partners, with your constituents, with your grandchildren, or with yourself.

The extraction economy and our survival are not compatible. Our Mother is bleeding. Our children are wheezing, our forest families are thirsty, and our ocean is acidifying. From Pine Ridge to Noyo, from so-called Fort Bragg to Sacramento, competing visions of our place in the universe are again facing off. Will co-management be more lip service, yet another unratified broken treaty? Or will this be the moment when we as a species actually grow up and open our ears to the cries of those that went before? Meanwhile, the clock is ticking, and this cycle is drawing to a close. What will be our legacy?

Please sign this petition to show your support: tinyurl.com/SaveJackson

1 From 1774 to 1871, a minimum of 368 treaties were ratified between Native American tribes and the United States. https://www.archives.gov/research/native-americans/treaties/viewing-treaties However, an unknown number of documents were negotiated and never ratified, though the tribes party to the agreements were rarely notified that the treaties had been abandoned (The Secret Treaties with California Indians, Miller, Larisa, US Archives, 2013). https://uofupress.lib.utah.edu/american-indian-treaties/

Chad Swimmer is an activist, educator, naturalist, musician, and gardener who has lived on the unceded land known as the Mendocino Coast since 1986. He co-founded the Mendocino Trail Stewards, the Coalition to Save Jackson, APAN-Mendo Needle Exchange, Touchstone Soup Kitchen, and is now the Chief Organizer of Disquiet Media, with three monthly radio shows originating from KZYX, Listener-Powered Community Radio for Mendocino County and Beyond. All of his radio shows can be accessed at www.disquietmedia.blue