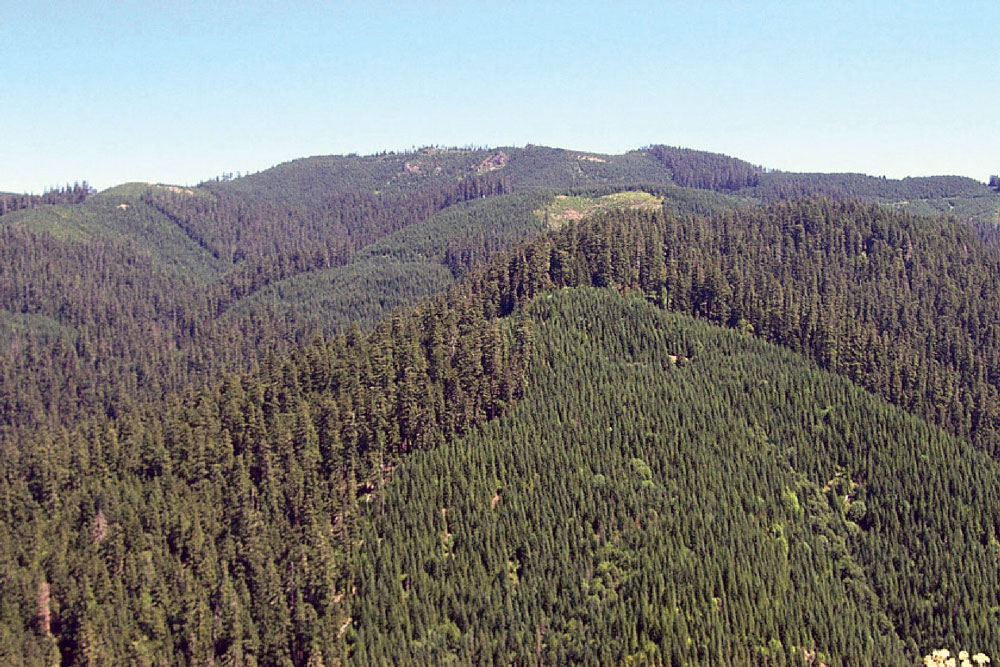 After many years of pitched battles between the timber industry and environmental groups in Oregon, an accord has been reached that thoroughly rewrites the forest practice rules for the private timberlands in the state.

Forest practice regulation in Oregon had long been recognized as especially weak, and the Oregon Department of Forestry was understaffed and ineffective. Forest practice rules in California and Washington were far stronger and better monitored and enforced.

Two competing ballot initiatives, one from 13 allied Oregon conservation groups and another from 11 large timber companies and a representative group, promised to confuse voters and led Oregon Governor Kate Brown to call the parties together. Each agreed that the forest practice rules needed to be modernized, and voter initiatives were hardly a good way to do it. Governor Brown appointed a mediator and asked that the parties negotiate in good faith. The need for a statewide Habitat Conservation Plan (HCP) to protect fish, wildlife, and water quality, based on the federal Endangered Species Act, was also a major driver for changes. A Memorandum of Understanding was signed to initiate the talks.

After a year of intensive talks, with many proposals and counter-proposals, an agreement was reached on October 30, 2021, that brings forest practice regulation in Oregon into the 21st century, focused on protecting aquatic and riparian species and water quality. A report was written and bills were prepared for the Oregon legislature to codify the new rules. The bills were quickly passed (SB 1501 passed the Senate with a bipartisan 22-5 vote and bipartisan 43-15 in the House) and signed by Governor Brown.

What Conservation Groups in Oregon are Saying about the Accord

“This is great news for Oregon,” said Bob Van Dyk, Oregon Policy Director for the Wild Salmon Center, which led the environmental coalition: “Our fisheries, our forests, and our communities will all benefit, not only from the measures adopted today, but also from the spirit of compromise that made this possible.”

Sean Stevens, Executive Director of Oregon Wild, said: “The passage of the Private Forest Accord legislation today marks a significant moment in Oregon’s history. I’d like to again thank the many parties that came together to make the Accord a reality. And I would also like to recognize the countless community members, companies, and advocates that pushed for this moment. Collectively, we have created a new foundation for the practice of forestry in Oregon—one where science, cooperation, and a willingness to engage in sometimes difficult conversations will drive future decision making. The most apt comparison is the monumental shift that came to public lands when the Northwest Forest Plan was adopted in 1994. That too changed management on millions of acres of forestland and signified a paradigm shift in how we protected species from the impacts of logging.”

Kelly Burnett, a fisheries biologist and lead negotiator for the environmental groups, observed “The magnitude and significance of the changes can hardly be overstated. This is akin to the comprehensive changes to federal wildlands management achieved in the 1990s in the Northwest Forest Plan.”

For example, new road rules require that detailed inventories be conducted across all private ownerships and that “hydrologic connectivity” between roads and streams be brought to an absolute minimum; that stream crossings pass migrating aquatic organisms; that unstable terrain is avoided, and much more. In all, more than 20 pages of new road standards are now codified.

While the Accord does not resolve all issues, it is a significant increment of improvement and opens a new chapter in Oregon forestry based on a cooperative model that enables continued monitoring and improvements and the work of crafting an effective HCP. The Accord highlights what is possible when environmental groups join forces and cooperate, focusing on collaboration and mutual success.

You can find the ~200-page Private Forest Accord report here: www.oregon.gov/odf/aboutodf/documents/2022-odf-private-forest-accord-report.pdf, and the associated legislation here: https://olis.oregonlegislature.gov/liz/2022R1/Downloads/MeasureDocument/SB1501/B-Engrossed