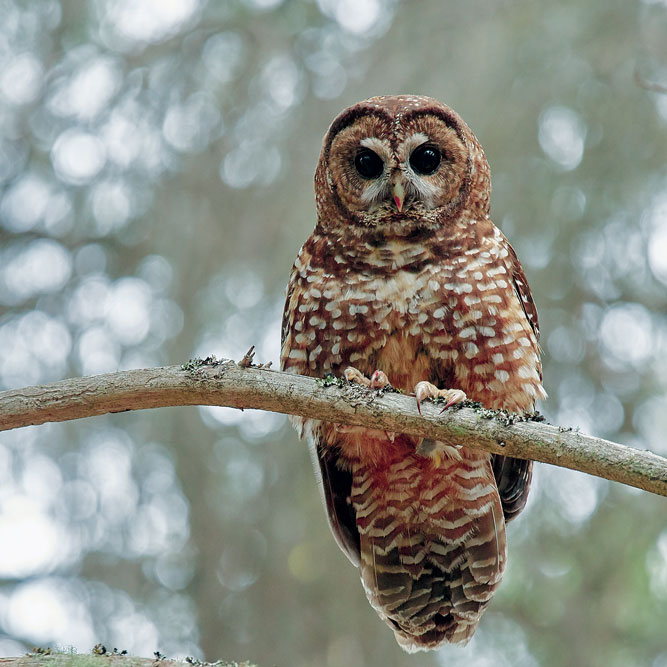 The last three months have been extremely busy for the northern spotted owl.

In December, EPIC filed a lawsuit against the U.S. Fish and Wildlife Service to compel the agency to complete a decision whether the northern spotted owl warrants listing as “endangered” (rather than as “threatened,” which is its currently listed status). Just a week after our lawsuit was initiated, the agency replied that the owl warrants listing as endangered but that a final rule to the effect will be delayed by at least a year, as “reclassification of the northern spotted owl from a threatened species to an endangered species is warranted but precluded by higher priority actions.”

Meanwhile, behind closed doors, the U.S. Fish and Wildlife Service (USFWS )was working with the timber industry to gut protections for the owl. On January 15, the Trump Administration cut over 3.4 million acres of Critical Habitat for the northern spotted owl—some 42% of the amount designated in 2012 to ensure the owl’s survival—including hundreds of thousands of acres in California. The vast majority of this reduction is directed at Critical Habitat in “matrix” lands, where timber harvest is permissible (but not required) under the Northwest Forest Plan.

EPIC is now sharpening our pencils for new litigation. On January 19, we sent the USFWS a “Notice of Intent to Sue” letter, a required step prior to filing any lawsuit alleging violations of the Endangered Species Act. Consistent with its last-minute publication, the new Critical Habitat rule is sloppy, relies on the wrong legal standards, and contradicts decades of previous USFWS guidance. Additionally, EPIC has submitted a Freedom of Information Act request for all documents concerning this decision. We hope that we do not need to slug it out in court. Based on the clear legal violations inherent in the rule, we believe that there are sufficient grounds to allow the Biden Administration to invalidate the rule through a settlement.

Of course, the timber industry is back in court to challenge even this temporary delay, filing a lawsuit in early March in the D.C. District Court. EPIC and our allies are examining whether intervention is warranted.

Cuts to owl Critical Habitat have also drawn the attention of Congress. Congressman Jared Huffman, who represents the North Coast of California, together with Senate and House colleagues from the Pacific Northwest and beyond, have requested a formal investigation into the January 15th cut decision.

Ultimately, the large bite at the Critical Habitat designation by the Trump Administration is likely to be its undoing. With multiple investigations and complaints forthcoming, the shoddy legal work will crumble. Had the agency attempted a more nuanced and narrow cutback of the owl’s habitat, it may have succeeded in crafting a more legally defensible decision. But, of course, hubris was Trump’s modus operandi. Meanwhile the owl perches in legal limbo. The federal government has recognized that the species is on the verge of extinction but refuses to complete a rulemaking to make that determination have legal meaning; meanwhile, the same agency has committed to removing protections for habitat.