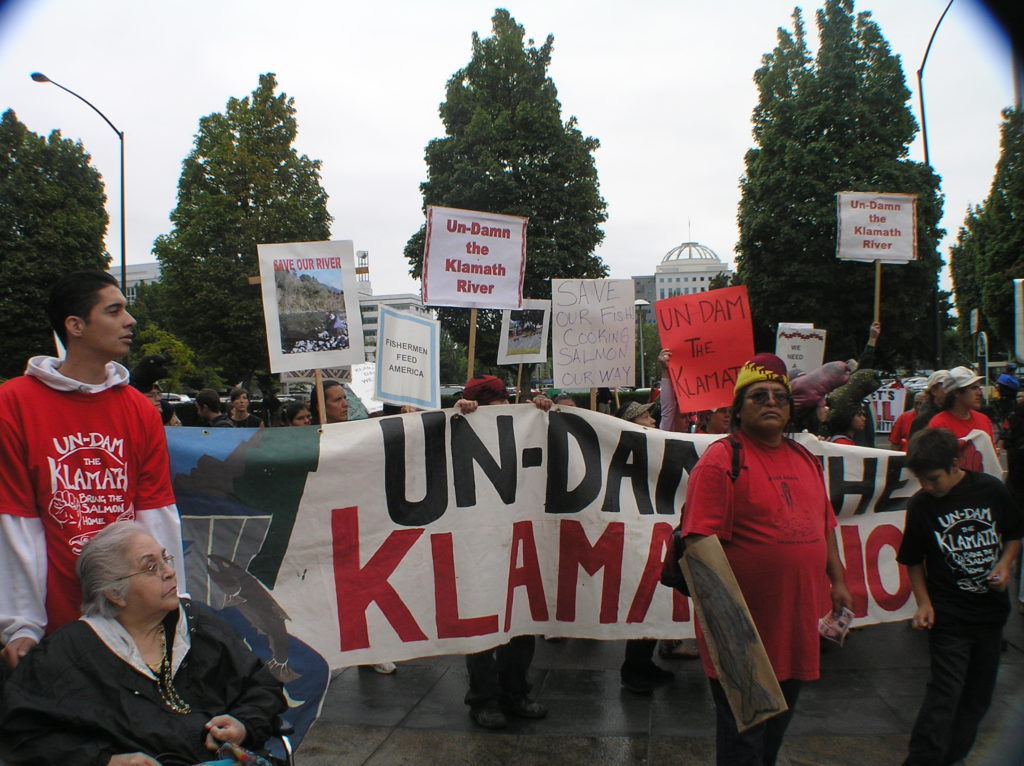 By Save California Salmon

Sacramento, Calif. — On July 29th, California Governor Gavin Newsom sent a letter to Warren Buffett and leaders at Berkshire Hathaway (BRK) urging the company to stick to an agreement to remove four aging Klamath River hydroelectric dams along the California-Oregon border. Berkshire Hathaway is the parent company of PacifiCorp, which owns and operates the dams. PacifiCorp is now threatening to walk away from the agreement and instead pursue the much riskier process of relicensing the dams.

Since time immemorial, the indigenous peoples of the Klamath Basin have stewarded the Klamath River, the second-largest river in California and once the third-biggest salmon producing river on the west coast. It served as a centerpiece of community, culture, and sustenance. Then beginning 100 years ago, construction of dams threatened this way of life, devastated salmon runs and altered the characteristics of the river itself. A century later, the river is sick, and the Klamath Basin tribes are suffering.

We stand at an unprecedented moment of reckoning about our past and, more importantly, our future. In this moment, we have the opportunity and obligation to see ourselves clearly and decide whether we are living up to the values that I firmly believe all Californians stand for: equity, inclusion and accountability.

“With every year that passes, Klamath River salmon edge closer to extinction. While we are gratified that PacifiCorp remains willing to talk, we can’t afford any more delays in this process. It’s time for Warren Buffett’s PacifiCorp to do the right thing and allow this dam removal agreement to move forward.

“It’s not only the right thing to do, it’s in the financial interests of PacifiCorp’s ratepayers and Berkshire Hathaway’s shareholders. The agreement offers PacifiCorp unprecedented liability protections and $250 million in public funding. Walking away from the agreement will put PacifiCorp ratepayers on the hook for all the risks and liabilities associated with fish kills, toxic algae blooms, lawsuits, and violations of Tribal rights. We urge Warren Buffet and PacifiCorp to end the delays and move the dam removal process forward immediately.”

A 2016 agreement proposed to transfer the dams from PacifiCorp to the non-profit Klamath River Renewal Corporation for purposes of removal. The agreement allows PacifiCorp to transfer the dams and contribute $200 million to the KRRC in exchange for a clean break from the project. However, earlier this month, the Federal Energy Regulatory Commission (FERC) granted conditional approval for the project but required PacifiCorp to remain on the license for the dams until they are removed. PacifiCorp is now threatening to back out on the agreement. Parties to the agreement (including Tribes, conservation groups, fishermen, local counties, California and Oregon) view the FERC ruling as PacifiCorp not getting what it wants, but still getting what it needs – the least cost alternative to relicensing the dams.

Klamath communities that depend on salmon fisheries for economic and cultural survival have campaigned for the past two decades to remove the lower four Klamath dams. The dams provide no irrigation diversions, no drinking water diversions and no significant flood control benefit. The dams were built for hydropower but managing the aging structures today costs more than they’re worth.

Declining fish populations have led to burdensome regulations for farmers in the Basin while Tribes have curtailed or cancelled fish harvests for the first time in their histories. Most experts view dam removal as the lynchpin for solving the water crisis that plagues the drought-prone basin almost every year. Commercial salmon fishermen from San Francisco to Coos Bay, Oregon depend on Klamath River stocks, and their industry has been hard hit with restrictions on catch due to declining Klamath River salmon populations.

The plan to implement America’s most ambitious salmon restoration project involves $200 million in financing from PacifiCorp, $250 million that was earmarked in a 2014 California water bond, and creation of the non-profit KRRC to take over the dams and manage the removal effort.