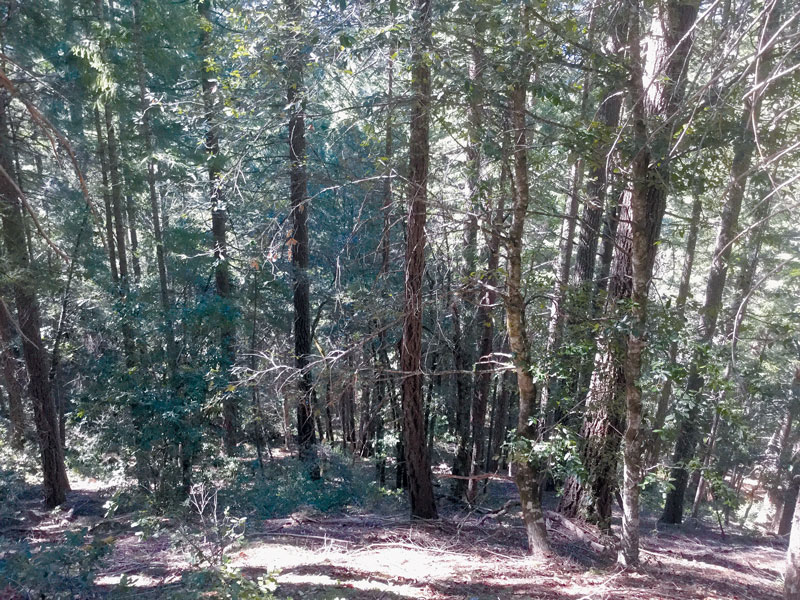 One Is an Old-Growth Timber Grab, The Other Is a Legitimate Plantation Thinning Project

These days many Forest Service timber planners like to call everything they propose “restoration,” regardless of the impacts to wildlife and watersheds. So it’s always a good idea to get out on the ground and make sure that the agency rhetoric matches reality.

On the Klamath National Forest we are monitoring two timber sales that both purport to be restoration projects. One of the sales involves old growth logging on unstable landslide-prone slopes in the back country; while the other consists of second-growth plantation thinning near communities. Both could be logged soon and KS Wild intends to challenge the old growth logging project while encouraging the proposed small-diameter plantation thinning effort.

Getting It Right: The Thompson Plantation Thinning Project

In early 2020, the Klamath National Forest released an initial proposal to thin dense second-growth Douglas-fir tree plantations near the town of Happy Camp. The “Thompson Plantation Thin” logging units are composed of uniform planted stands that were the result of decades of clearcutting during the Forest Service logging heyday in the 1960s and 1970s. The extensive network of logging roads is well established, and the proposed logging units are generally at low elevation and near homes and private property. Thompson Plantation Thin is the type of second-growth small-diameter thinning project that is often supported by stakeholders across the ideological spectrum.

Getting It Wrong: The Crawford Timber Sale

Nearly a decade ago the Happy Camp District Ranger began the Crawford timber sale process by asking his planning staff to identify dense second-growth timber plantations located near the existing road system that might benefit from thinning. Initially the project looked promising, but as District leadership came and went the project silviculturalist (forester) took control of the planning effort and added in a number of old-growth timber sale units to help “float” the sale of economically marginal plantation units in the backcountry. In other words, the forester wanted to log old growth in order to help pay to fix the damage that previous old-growth logging had caused. Additionally, many of the proposed Crawford logging units are located on steep unstable headwater slopes designated as dormant landslides by the Forest Service. As timber sale planning progressed, the agency added in more proposed logging road construction in the backcountry. Finally, just weeks before issuing a decision to approve the Crawford timber sale, Forest Service timber planners hastily threw in a large swath of ridgeline old-growth logging that involves the “take” (death) of two reproducing Northern spotted owl pairs.

The Klamath National Forest Is on Autopilot

As Forest Service budgets get tighter and tighter and many core agency positions remain unfilled, projects can take on a life of their own that leaves science, collaboration, and communities behind. This is especially true on Forests in which District Rangers have a high rate of turnover and where the agency has no appetite for collaboration or community engagement. While surrounding National Forests have project planning mechanisms that attempt to bring in stakeholders and communities, the Klamath National Forest is particularly averse to public engagement.

Legitimate second-growth plantation thinning projects like the Thompson Plantation Thin could receive a shot in the arm if Klamath planners were willing to meaningfully engage with local tribes, conservation interests, and impacted communities. Similarly, the negative impacts of timber sales like Crawford could be largely avoided if the Forest Service had been willing to include community and conservation values into its planning effort and project layout.

KS Wild recognizes and supports all the conservation, tribal, and community efforts to influence Forest Service planning for the better in Northern California. Please keep at it! Visit proposed projects, encourage real restoration, and work to halt damage to our watersheds and wildlands. We stand with you and appreciate your efforts.