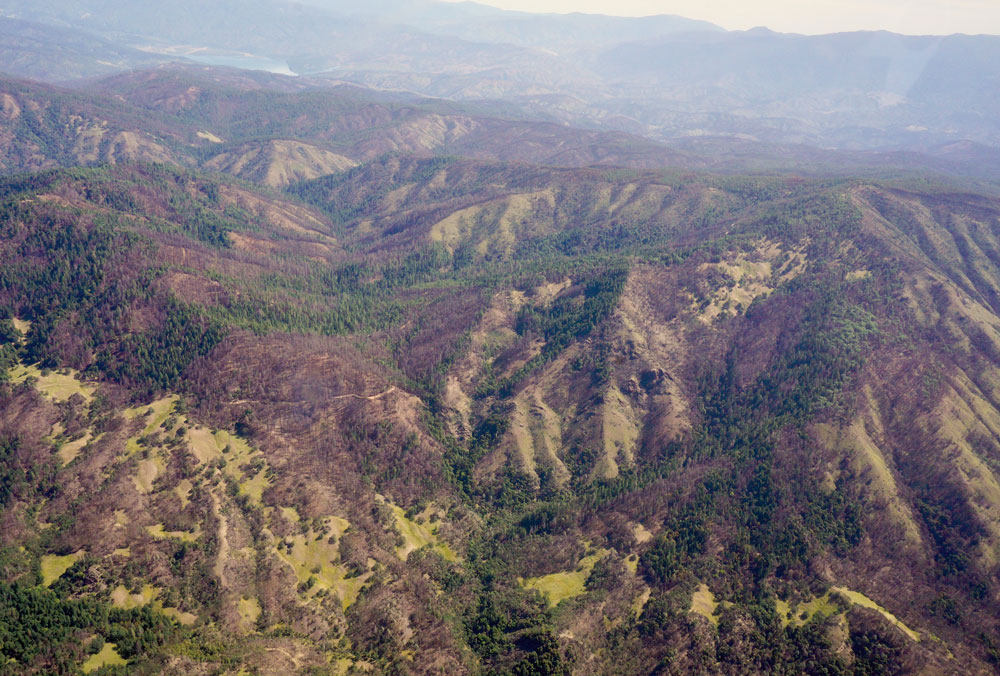 Another EPIC win: In response to criticism by the public, the Mendocino National Forest has drastically scaled back proposed logging in the “Green Flat Restoration Project.” Originally planned for 1,534 acres, the Forest Service is now proposing to cut 250 acres. The agency was criticized for its apparent attempt to characterize logging activities as other more benign actions, such as “reforestation.” The downsizing of the project proves that even in the age of Trump, large public outcry can still influence government decisions. In addition to EPIC’s lengthy comments, 528 members of the public sent in comments through an action alert opposing the project.

The Green Flat Restoration Project was proposed in response to the 2018 Ranch Fire. The project quickly elicited controversy because it appeared that the Mendocino National Forest was attempting to characterize commercial logging under other names to more easily facilitate environmental review of the project. Nearly all federal projects are subject to the National Environmental Policy Act (NEPA), which demands that they be evaluated to consider potentially significant environmental impacts as well as alternatives and mitigation measures to reduce impacts. A small subset of actions—so-called “categorical exclusions”—are exempt from this longer environmental review process. The Forest Service has defined what types of activities can be pursued under a categorical exclusion. These include post-fire logging of 250 acres or less and “reforestation.”

In January, the Mendocino National Forest announced the initial project. In a letter soliciting public comment, the Mendocino National Forest proposed 250 acres of post-fire logging, 1,066 acres of “fuels reduction” associated with reforestation, and 218 acres of commercial logging coined as “forest health treatments.” Both fuels reduction and forest health treatments were effectively logging. In its comments on the project, EPIC outlined that this renaming of activities to fit under a categorical exclusion is illegal.

On March 11, the Mendocino National Forest withdrew the proposed project, announcing it would only pursue a smaller 250-acre commercial logging operation. Further, the Mendocino NF indicated that it would reduce the number of living trees logged by taking trees that were estimated to have a 70%+ chance of dying in the near future.

“Post-fire forests are ecologically sensitive and respond poorly to intensive logging—that’s why only smaller projects are allowed to utilize a categorical exclusion. Simply renaming logging something else to bypass the rules was clearly illegal and the Forest Service was caught,” said Tom Wheeler, Executive Director of EPIC.

“It is clear to see the agencies’ disregard for science and ecology by prioritizing the extraction of large trees while it leaves the smaller vegetation to fuel the next fire,” said Kimberly Baker, Public Land Advocate for EPIC.

Post-fire logging is inherently harmful to the environment. Logging adds more disturbance to the disturbance caused by the fire. This results in increased sediment pollution, increased fire behavior (unless the fine fuels produced by logging are removed), and it retards natural regeneration of the forest. For wildlife, post-fire logging removes the complex woody structures necessary for so many species. Many species, including northern spotted owls, will continue to use post-fire forests if they remain unlogged; once logged, it is often without habitat value.