Green Forest Certification Does Not Stand Up to the Timber Industry 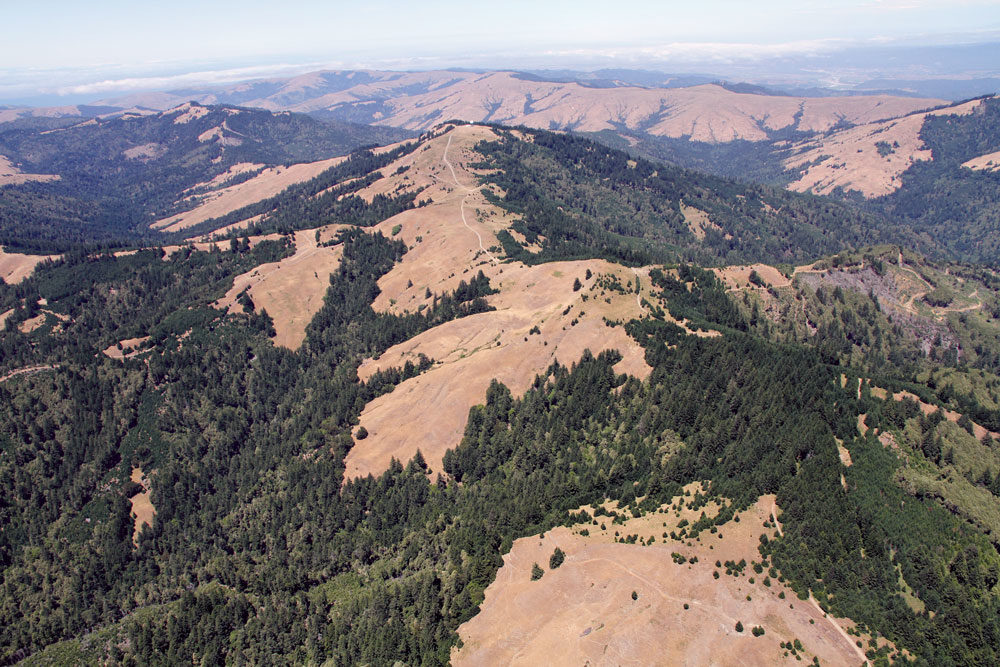 The Forest Stewardship Council (FSC) was created when environmental, social justice, and wood-working groups came together in 1993 with a common goal. The sustainable certification scheme was intended to nudge the timber industry to adopt practices that protect the public trust when state regulatory agencies fail to enforce environmental law. In particular, this green certification was a response to the Timber Wars of the late 20th century. It was embraced by those in Humboldt County who formed the Institute for Sustainable Forestry around sustainable certification principles.

According to the FSC website (fsc.org), the governance of FSC is based on “a three-chamber model, guaranteeing balanced, multi-stakeholder decision-making across environmental, social, and economic interests.” The image of a three-legged stool was promoted as symbolizing a cooperative venture among the three entities interested in forest management. For this sustainability model to work, however, each leg of the stool must be of equal length or the results will be unbalanced.

It is increasingly evident that the economic leg is being given far more consideration in the FSC process than the environmental and social legs. There is strong pressure for the FSC to bow to industry financial pressures, and that runs roughshod over serious environmental issues and local community concerns. This “drift” of the FSC has exposed a serious conflict of interest, for the FSC receives funding from industry in the form of membership dues and certification fees. While nonprofit social and environmental groups have lower membership dues than for-profit businesses, the reality is that large logging companies can afford to put more resources and staff hours into FSC membership working groups. . These inherent conflicts of interest has led to widespread “greenwashing” in the name of sustainability, but the reality is worse—it is a cover for harmful and destructive practices. The public is being defrauded.

Another significant, perhaps fatal, flaw of the FSC certification program is its failure to amend the FSC Principles to account for the climate-change impacts of forest operations and how forest communities (thinking globally, acting locally) strive to protect the carbon-sequestering abilities of their homelands.

The Mattole community interaction with FSC-certified Humboldt Redwood Company (HRC) on Rainbow Ridge reveals that here, HRC’s economic concerns are subverting those of the environment and the forest community. At first, HRC pledged to be the industry leader in environmentally and community friendly practices and received FSC certification in 2009. It was greeted in Humboldt as a relief from Hurwitz’ rape-cut of Pacific Lumber Company forests.

The Mattole community participated in FSC review of HRC practices in the watershed (2012) and found inadequate protections on Rainbow Ridge. Mattole Stakeholders reached agreement (October 2014) with HRC’s President and Chief Forester Mike Jani to re-do their Watershed Assessment by incorporating community expertise acquired from more than 40 years of watershed-wide assessment and restoration activities. Soon after, though, HRC replaced Jani with management from Sierra Pacific Industries who refused to honor the commitment to cooperatively study the basin; and draft a management plan that would include the restoration from legacy impacts; and allow for harvests that would contribute to watershed recovery of ecological function.

Mattole stakeholders, in 2018, led by the Lost Coast League (LCL), formally challenged certification of HRC under FSC Principles and Guidelines. The intricate, difficult-to-navigate legalistic process appeared to work when the complaint was found to “have merit” in regard to the cutting of High Conservation Value Forests (HCVF) as well as on the grounds of HRC’s excessive herbicide use (practices that run counter to FSC Principles and Mattole community mores). As a result, HRC was forced to draft a plan to assess where HCVF exist on their lands, as well as a plan to phase out the use of poisons to kill native trees.

Controlling the use of herbicides has widespread public support in northern California. Neighboring Mendocino County voters overwhelmingly passed a ban on all herbicide use. Yet HRC continues its use and the FSC takes no action other than to request that HRC draft a new herbicide plan.

In June of 2019, HRC began logging on Rainbow Ridge despite failure to adopt an HCVF Assessment or Vegetative Management Plan (long form for herbicide use). When Lost Coast League objected, the FSC simply looked the other way.

Only after the logging was well underway did HRC file the required plans, but it did so without noticing the LCL, contrary to FSC dictates.

The Lost Coast League was given just two weeks to review these plans. Undaunted, LCL submitted detailed comments along with those by published research scientists—all of whom found the plans to be rationalizations for cutting wherever there were large, mature trees. HRC ignored the reviews without even a discussion of their merits. The FSC again paid no attention. LCL raised the alarm within the FSC system, filing a second formal complaint at higher levels. When logging operations commenced in June, 2019, Lost Coast League and other groups began organizing direct action efforts to halt the logging and bring public attention to HRC’s failure to comply with FSC standards. Protestors were roughed up by para-military security forces, tree-sitters’ lives were put in danger, and elders were arrested.

LCL finally appealed to the international FSC body in Bonn, Germany, to honor the process. They are considering the appeal and promise an “appraisal” by the end of March.

Meanwhile, the FSC clings to its complicated legalistic framework, unsure how it can address climate chaos—a specific issue brought forth by LCL and for which there is no category in the FSC’s well-lawyered Principles. International FSC Director General Kim Carstensen has taken notice of the Mattole/HRC conflict (www.ethicalcorp.com/standoff-rainbow-ridge-northern-california-tree-protesters-take-aim-fsc-and-home-depot).

The relationship between the certifier who depends on the client (timber companies such as HRC) to fund the certification program presents a conflict of interest that can easily lead to the unbalanced-stool situation while the old trees fall, compounding climatic effects that constitute an assault against all living creatures.